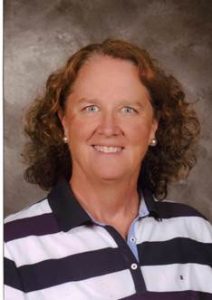 Christine is a 1977 graduate of UMass, Amherst where she majored in Physical Education and Health.  She received her masters of education in 2002 from Cambridge College.  She has spent over 35 years coaching, teaching, mentoring, and working as a clinician work for girls’ and women’s sports.

Her first coaching opportunities came at the Dwight-Englewood School in Englewood, NJ, where she coached field hockey and varsity basketball from 1977-1980.  From there, Christine moved to the University of New Hampshire where she became the Assistant Women’s Athletic Director until 1983.  She was also the assistant women’s basketball coach at UNH.

Christine was an AAU basketball coach and elite camp clinician for two years and for the past 2 years she has volunteered as a coach for the Attleboro (MA) High School Girls’ Varsity Basketball team.