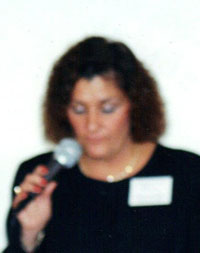 Christine is the Vice Principal of Case High School.

She has been affiliated with the Southeastern Massachusetts Conference and the South Coast Conference.  Her lifetime record in volleyball is 403-36.  Although her softball records are not available, she has recorded a high number of wins.  Her teams were State Softball Champions in 1981 and 1983, and her volleyball teams were State Champions for Division II in 1986, 1987, and 1988 and for Division I in 1989 and 1990.

Christine has been recognized for having 100 consecutive wins in volleyball.  In 1991 she was recognized by Sports Illustrated in “Faces in the Crowd.”   Her state championship play in 1989 and 1990 was covered by NESN.  She appeared on Channel 6/10/12 for the 100th consecutive match win and for the State Championship win.  The Boston Globe named her Coach of the Year once in softball and 4 times in volleyball.