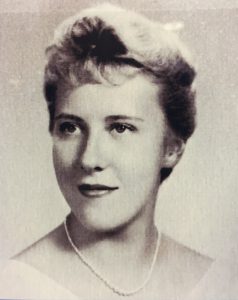 Judith is on the staff of Southern Connecticut State University.  Since 1964 she has been involved in the coaching and officiating of synchronized swimming, track & field, and cross country.  She initiated training programs for officials for competitive synchronized swimming in the East.  She has been associated with the U. S. Track & Field Association as well as numerous national, state, and collegiate associations.  Many of the women whom she has coached have competed on the highest level of collegiate competition.  Judith is a member of the Connecticut National Level Board of Officials as an official, consultant, and rules interpreter.