Lifetime team records posted by her teams include a JV field hockey record of 146-38-34 and a varsity softball record of 75-54.  Karen has been a regular participant in field hockey and coaching clinics from 1983 to the present.  For the past three years she has been coaching at field hockey youth clinics.

As an athlete, Karen played on the very first state schoolgirl basketball championship team in 1975.  In college, she was a starter for 4 years on field hockey teams, co-captain in 1979; the college representative to the New England Field Hockey Association and, during her junior year, she led her team to a 9-3-2 record.  She was a three-letter athlete during her collegiate career (field hockey, basketball and softball).

Karen was named the Kennebec Valley Athletic Conference Softball Coach of the Year in 1994, was inducted into the Norwich University Athletic Hall of Fame in 1996, named a Northeast All-Star in 1978 (3-time New England College Field Hockey Association All-Star), earned 10 varsity letters in college, and was named Capital City Invitational Softball Tournament MVP in 1979. 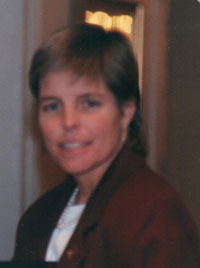