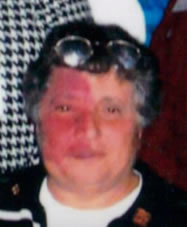 Lucille has coached middle school field hockey, basketball, and softball at East Windsor Middle School.  She has also been a varsity softball coach at the high school.  In addition to her coaching involvement, Lucille stated that “To be able to participate at a competitive level was always my goad for the girls.  To have equal recognition as a varsity sport was important also.   Winning was not important (although win-loss records seem to be) but to have the girls play was more important to me.  The joy of teaching was to watch the progress and success the girls had from what was an intramural program to an extramural program.”

Her league/board affiliations have included the Central Connecticut Board of Officials and the North Central Conference.

During the time in which she was a middle school coach and as a high school coach, win-loss records were not kept.  She does, however, know that each season coaching varsity softball, her teams qualified for state tournaments.  At that time, teams had to have won more than one-half of their total games in order to participate in state tournaments.

Lucille has officiated field hockey, basketball, and softball as she worked to help those programs grow.  She has also served as the Rating Chairwoman and the Rules Interpreter for the Central Connecticut Board of Officials.  Lucille is a national basketball official and a member of the Division for Girls and Women in Sport.  She has officiated at the quarterfinals and semifinals of the state basketball tournament.  She has umpired at state softball tournaments.

“As an official, I chaired the rules committee, ran training sessions for new officials, and enjoyed officiating girls’ basketball games at the high school and college levels.  I now find myself sitting in the stands of home women’s basketball games still officiating and coaching.”  Lucille was presented the Connecticut Interscholastic Athletic Committee Girls’ Basketball Tournament Merit Award in March, 2003.