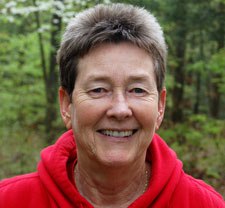 Pat is a member of the faculty at the University of Massachusetts at Amherst where she coached swimming and diving for five years.  During the past 10 years, Pat has been most active in addressing homophobia and sexism in women’s sports and was the first woman to speak out in a professional forum about homophobia in women’s sports.  She has conducted workshops on the subject throughout the United States and Canada, speaking with school physical education departments, athletic departments, sport governance organizations, as well as at physical education and sport conferences.

Prior to assuming her position at UMass, she coached field hockey, basketball, softball, and lacrosse for 3 years in Silver Springs, MD.  Her 1969 team was the Montgomery County, MD, Girls’ High School Basketball champions.  At UMA, her women’s swimming and diving team placed third in the New England Championships and eighth in the EAIA Women’s Eastern Swimming Championships.  She had individual qualifiers in the AIAW National Swimming Championships.

Pat held a national rating in swimming and diving.  For two years, she was the starter for the New England Women’s Collegiate Swimming and Diving Championships.  Pat is also a national official in field hockey.