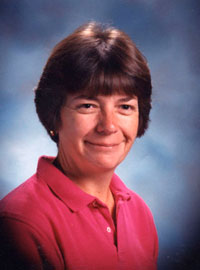 Patricia Candon was a high school athlete “playing second to the boys’ sports.”  It was not until after she graduated that girls were given varsity letters and the number of sports increased.  She states based on her experience her belief … “I look at what I had and what the girls have now and ask what more do they need and how can I support them.”

Patricia has been supporting girls sports for over 33 years as an official and a coach.  A 1976 graduate of Castleton State College, Patricia teaches Physical Education (7-12) at Otter Valley Union H. S. in Brandon, Vermont.  She has umpired field hockey at middle school through college levels, has recruited and worked with new umpires, and conducted rules interpretation sessions for many high schools.

In 1986, Coach Candon became the varsity softball coach at Otter Valley and has developed a program tradition of hard work, team, and winning.  She has been selected by her coaching colleagues to coach the annual senior all*star games 10 times (3 as head coach).  As a coach, Patricia is well respected by her players and the officials umpiring her games.  She has been named Marble Valley League Coach of the Year five times.

Patricia was inducted into the Castleton State College Athletic Hall of Fame and received the Distinguished Service Award from the Vermont Field Hockey Coaches Association in 2008.