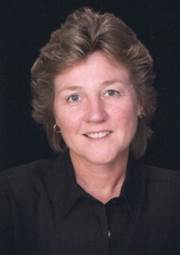 As the first girl in a NY state high school to be on a swim team and on a golf team (1970), Jean was inducted into what she terms the “lifetime advocates training program.”  Jean went on to major in physical education at Southern Connecticut State College / University, earning a BS in 1976, a MS in Counseling in 1984, and an M Ed in Educational Leadership in 1996.  In 2001 she earned an Ed. D in Andragogy and Health & Human Services from Nova Southeastern University.

Dr. Mee worked for the YWCA in New Haven, CT, from 1977 to 1984.  She is currently the education consultant / physical education and school health education at the CT State Department of Education.

Jean has coached and is a member of AAU Swimming in New York and New Jersey.  She has been a certified volleyball official through the CT Affiliated Board of Officials.  As a national official she has officiated  high school and collegiate volleyball at the state, regional and national tournament levels.  She has been involved in training officials and doing rules interpretations for many years and in 2002 was inducted into the Connecticut women’s Volleyball Hall of Fame as an official.

As a physical education teacher for over twenty years, Jean understood that girls needed to be able to do and know as much or more than boys to be considered half as good.  “These were years of nurturing, teaching and mentoring girls and getting them to understand that they are entitled to equal opportunities, but that they have to be cognizant, vigilant, and determined in maintaining gains that have been made, or those gains can all just go away.”

“As a professor and teacher educator, I wanted my future teachers to be acutely aware of the inequities that would fester in their teaching and those they taught if they were not deliberate and mindful of the importance of communicating equality and opportunity for every student in their very manner, in the words they chose, and the methods they employed.  Now, as the leader of physical education in my state, these tenets are ever-present in the message I convey to coaches, to administrators, to student-athletes, and to moms and dads.”

“My greatest achievement is the good fortune of being in the right place at the right time, among the right people, in the history of the fight for girls’ and women’s equality…. My greatest accomplishment is that I realized then what I continue to appreciate now, and that is that I was there, I experienced the continuum of opportunity, I listened to and observed those who have fought so passionately before Title IX and who have continued to hold the line and make advances even now.”

While Dr. Mee was the HPER Director at the YWCA of Greater New Haven, a television anchor, Sue Campbell, came to a fitness class she taught.  Sue asked about other programs and was so impressed that she featured fitness in a TV report.  That brought two women to see Dr. Mee.  They were the first women to attempt to pass the New Haven Firefighters’ exam.  They had already passed the written test, and after working at the YWCA (this was before personal trainers), and training, they passed the physical exam and were inducted into the New Haven Firefighters Union.  Jean Mee was there – fully aware that these women were making history.