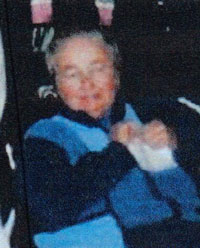 After graduating from Northampton High School in 1952, Agnes had an extensive coaching career.  She established the Northampton Gazette women’s basketball team, serving as player and coach for 21 years.  The team played throughout New England, New York, and went to Bermuda on a “Good Will Tour.”  IN 1969, Agnes cofounded the Northampton Softball League, a league for girls ages 9-15 that is still in existence today.

Agnes has coached for over 30 years in various youth leagues and has also coached basketball and softball for Northampton High School.  She has continued her interest in softball, basketball, and field hockey as an advocate and fund-raiser.  She is on the board for establishing a Northampton High School Athletic Hall of Fame and has served as president of the Northampton High school Softball, Field Hockey and Basketball Booster Clubs, which have raised over $25,000 for sports scholarships for graduating seniors of Northampton and Smith Voc High School.

During the 1975-1976 seasons, as a first year basketball coach, she led the team to the Division I Western MA Championship.  They won the regionals and came in second in the state championship.  In the mid-eighties, as the coach of the Lassie League All Stars, they earned the right to play in four different National ASA Tournaments.

Her dedication and effort have been recognized by many:  the Massachusetts Senate and the Massachusetts House of Representatives have cited her.  “In addition, I have been written up and awarded many honors on the local level.  The one of which I am most proud is that the softball field was named after me per order of a city ordinance in 1985 (the Gush Valenta Field).”  In 1988, the Hampshire County Business and Professional Women/USA voted her Woman of Achievement/Woman of the Year.

Other citations and awards presented to Agnes were: 30 year Service Award for the Lassiette League; the Bernie Simoneau Award, 1989; the William P. Buffer Hurley Memorial Award, 1988; the City Award for Dedicated Service, 1988; the Lassie League Agnes “Gush” Valenta Scholarship Award, 1987; the Pat O’Donnell Memorial Award by the local ASA Umpires, 1986; State Appreciation Award for Dedication to the Massachusetts ASA Softball, 1985; a Congressional Record fy Silvio Conte for Outstanding Accomplishments, 1985; and Mayoral Proclamation of Gush Valenta Week, October, 1979.  Her most recent honor “is to be the subject of a mural depicting the History of Women in Northampton from 1600 to the present.  No sports figure has ever been included in such documentation.”