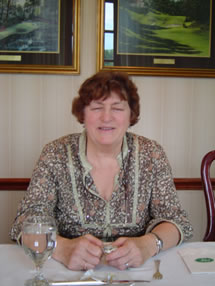 Freda has served girls and women’s sport in many varying capacities, including: varsity field hockey coach, varsity basketball coach, varsity tennis coach, and advisor to the Women’s Recreation Association at Sargent College, Boston University.  She also organized and coached field hockey, basketball, lacrosse, and tennis for the Women’s Recreation Association.  She served as the coach of the Eager Beavers Basketball Team that competed in the Boston Park Department Recreation League.  Freda also organized and coached a girls (10-12) soccer team and a Women’s Tennis Team in the Town of Dover, Massachusetts.  Freda is a member of the Boston University Athletic Hall of Fame.  She is a lifetime member of the USSRA and the Massachusetts Women’s Squash Racquets Association, a member of AAHPERD, MDGWS, the U.S. Field Hockey Association, the Midwest, Northeast and Boston Field Hockey Associations, the U.S. Lawn Tennis Association, and the MA Badminton Association.

Her advocacy roles included serving as president (1968-1970) of the National Women’s Squash Racquet Association; as vice-president of the Division of Girls’ and Women’s Sport, MAHPERD; and the Women’s Suburban Tennis League (rules chairperson).  She served in the Boston Field Hockey Association (board member and chair, membership committee) where she organized area high school field hockey play days.  Freda holds ratings in softball, field hockey and basketball.

During her 3-year coaching tenure at Walpole High School, her teams were Bay State League Champions in 1962.  The Dover Women’s Tennis team, coached by Freda, won the A2Level Championships in the Women’s Suburban Tennis League.  She was inducted into their Hall of Fame in 1988.  The Town of Dover presented her with a Certificate of Appreciation for her volunteer work on behalf of her contribution as a coach to the town-wide girls’ teams in softball, basketball, soccer and for organizing and coaching the women’s tennis program.

Her work in organizing and administering the Dover women’s Tennis program has culminated in the development and organization of the Dover Town Tennis Committee, which now administers town competitions and tournaments for youth, women, and men of the town.