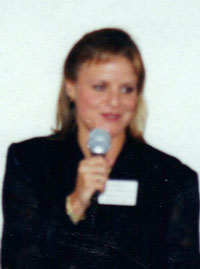 Andrea is a professional skating coach at three figure skating clubs: Winchester, Haverill, and Colonial.  She has been involved in figure skating as a coach for fifteen years.

During the past year, she had fifteen of her skaters participate in seven competitions.  Of the 15, eleven of them placed first, second, third or fourth.  Her skaters have also competed in the Bay State Games, the New England Championships, the Eastern Championships, and the National Collegiate Championships.

Andrea is a double Gold Medalist in United States Figure Skating competitions, has been awarded the Bradley R. Lord Memorial Trophy for best competitive record, has won the Mary Marley Trophy for Jr/Sr Ladies Champion, and is the recipient of the Board of Governor’s Award as an outstanding member of the Skating Club of Boston.