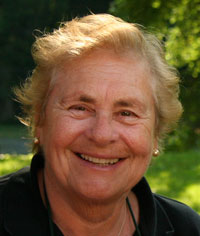 Angela Tammaro received her degree from Sargent College at Boston University and her masters from the University of Bridgeport.  Since 1965 Angela has coached at Greenwich Academy in Greenwich, CT.  She has coached field hockey and lacrosse for 44 years, basketball for 20 years, ice hockey for 10 years, and squash for 5 years.  Angela has also been her school’s Athletic Director since 1965.

A recipient of numerous awards and honors, Angela is an honorary member of US lacrosse and a member of its Hall of Fame.  She has been selected Coach of the Year by the National Field Hockey Coaches’ Association and is in its Hall of Fame.  Angela received the “Distinguished Service Award” from the New England Preparatory Athletic Council and the “Greenwich Sports Person of the Year” award from the Fairfield County Sports Commission.