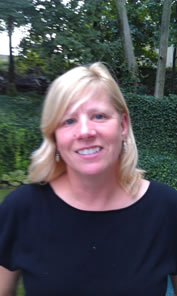 Ann Foresman (Morse) has been participating in sports since she was a seventh grader in a small high school in Ashby, MA.  She played on the only two varsity sports available to women – softball and basketball.  Her participation continued throughout high school and college.  While a sophomore at Framingham State College, she assumed the role of coordinator or the Women’s Recreation Association.  This affiliation, combined with her participation on three intercollegiate teams each year, launched her on a career of paid and volunteer service for the benefit of women’s athletics at all levels.

“I began umpiring field hockey while a junior at Framingham State, and learned early that women were needed as role models in all aspects of sports.  Upon becoming a full time teacher, I continued my involvement beyond umpiring by coaching girls’ basketball and tennis.

Currently, I am in my 25th year as a field hockey official.  During my tenure, I have been involved with the recruiting and training of new umpires, and I have worked in this capacity at evening education classes, summer leagues, summer camps, and numerous training sessions.  I am actively involved in umpiring and field hockey organizations at the local, state, and regional level and continue to work in both paid and volunteer positions.  I continue to be active as an athlete in the sports of golf and tennis and remain a strong supporter of all women’s athletic programs from youth to college.”