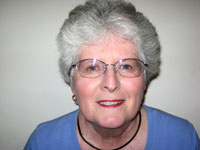 Ann taught French and was World Language department chair at Valley Regional High School in Deep River, CT.  She was a member of the Old Lyme Park and Recreation Commission for 9 years and Chair for three years.

In 2001, Ann was inducted into the Connecticut Women’s Basketball Hall of Fame.  She was recognized as an official and for her coordinating work and position on the Basketball Board and its efforts to get equal pay for officiating regardless of gender.  Ann worked to convince schools in eastern Connecticut to use the members of the Women’s Board of Officials for girls’ games.  She also ran officiating clinics to encourage women to become officials.

Since retirement in 2002, Ann has been an active tutor and workshop leader for Literacy Volunteers of America.