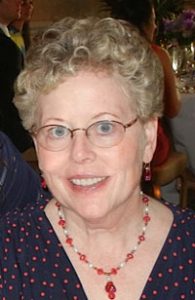 Starting as a young coach in 1973, the passage of Title IX gave Ann the impetus to initiate the first girls’ basketball, softball, and volleyball teams at Wright Technical in Stamford, CT, where she coached these teams for ten years.  She filed class action grievances to allow all vocational technical high schools to begin athletic programs for girls.  As an athletic director and then as a principal, Ann has been instrumental in the progress and equalization of girls’ athletics (scheduling, equipment and budget) at the vocational/technical schools in Connecticut.

From 1997-2001 Ann chaired the Women in Sports Committee at the CIAC, bringing options for sports careers to high school girls.  She was one of 4 athletic directors who formed the Intercounty Athletic League for Vo-Tech schools which later became the Vo-Tech League, serving as chair for 5 years.  As only the second woman principal serving in Connecticut’s Vo-Tech schools in 75 years, she is a role model and mentor to many young coaches and future administrators.  Along this line, she taught “school administration” courses at CCSU for 5 years as an adjunct professor.

Ann organized three Women in Sports career conferences for high school girls while at CIAC.  She was the lead person on a $50,000 grant from NewFund to increase the number of women basketball officials.  She was a speaker for Special Olympics at sites such as Kansas City, Raleigh, Washington, DC, and Johannesburg, South Africa, focusing on inclusion of students with disabilities, presenting the “Connecticut Model” on starting Unified Sports and giving physical educators the knowledge and tools for offering proper adapted physical education programs.
Among her most notable awards are: the 2001 Distinguished Service Award from CT HS Athletic Directors Association and the 2001 Professional Merit Award from CT Association of Health, Physical Education, Recreation and Dance.  The 2005 CIAC Girls’ Basketball tournament was dedicated to Ann Malafronte, and she was enshrined in the 2007-2008 CT Women’s Hall of Fame where she was one of 40 women leaders in sports honored in the ‘Walk of Fame” celebration of Title IX.

“The same battles that I had fought and won through the 70’s and 80’s (funding, recognition, publicity, and equal gym time, etc.) for girls in sport became my pathway to allow students with disabilities to be recognized in the school programs of CT.  The Unified Sports Program at CIAC grew from 7 offerings a year to 29 under my leadership.  THE FIGHT FOR EQUALITY IS NEVER OVER.”