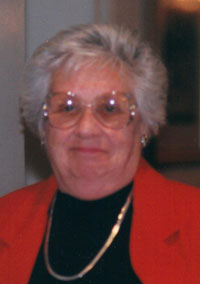 Ann Greene is the retired department head for Health and Physical Education at East Providence, RI, High School.  Her involvement in WomanSport includes her four years as a student at Barrington, RI, High School where she played varsity field hockey, basketball, and softball.  Following graduation she attended Bouve Boston School at Tufts University where she studied physical education.  While a student at Tufts, she earned her official’s ratings in field hockey and basketball and then officiated CYO basketball games and field hockey contests in area schools.  For two years following graduation, she worked with the Warren, RI, Community Recreation Department.  In 1955, she moved to Central Junior High School where she taught physical education.  She then moved to East Providence Senior High School where she taught physical education for 34 years.  In addition to her teaching responsibilities, Ann served as the director of girls’ intramurals, cheerleader advisor for 16 years, volleyball coach for 7 years, assistant athletic director for 11 years, and department head for 9 years.  She has also been a volunteer basketball coach at the Bradley School for children with developmental disabilities.

Ann was a recipient of the Division Volleyball Coach of the Year Award in 1978 (first year award given), 1979, and 1981.  She received the first annual Joyce A. Donahue Volleyball Service Award in 1985 and the A. Lenore Cranston Award in 1995 for outstanding dedication in developing and supporting women’s sports in Rhode Island.  The Rhode Island governor issued a proclamation honoring her for significant contributions to sports in East Providence and throughout the state in 1995.