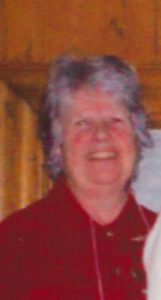 While in college, she taught golf at the YMCA.  During the following 20 years, while raising 6 children, she became a golf pro and taught at a golf resort, was a guest instructor at area golf courses, and was a speaker/motivator at meetings, clinics and seminars emphasizing women in golf.  For over 20 years, Anne Marie has also taught at many executive women’s golf programs and conducted “Fore Women Only” golf classes.  She became a golf pro (the only woman head pro in Vermont for a number of years) at the Farm Resort Golf Course.  For eleven years, she was head coach of varsity girls’ and boys’ golf teams at Stowe High School.

Ann Marie is the founder and current teacher in a “Golf for Girls” program.  As a parent and proponent of female athletics, she has advocated equality for girls’ athletic teams.

During her time as head golf coach at Stowe High School (1982-1992), her teams were very competitive in their division, usually finishing as one of the top 5 teams in the state.  She was an outspoken advocate with parents, school administrators, and other coaches concerning the need for equality for female athletes.

While at Stowe High School, a member of the girls’ golf team placed second in an individual high school championship.

Anne Marie began playing golf at age 6 – and has remained involved with it all of her life.