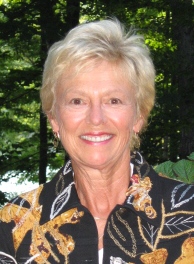 Averill Haines has spent the past twenty-five years at Boston University.  She is the Assistant Athletic Director at B.U. and, for the past seven years, she has also been their Compliance coordinator.

She began her career as a teacher of health and physical education and coach of field hockey, basketball and lacrosse at Haverford, PA, Junior High School.  In 1974 she began her career at Boston University as an instructor in the Department of Physical Education and Recreation where she taught classes in lacrosse, field hockey, tennis, volleyball, racquetball, and badminton.  In 1976 she became the head women’s basketball coach.  In 1978, her team won the MAIAW Division I State Championship.  In 1978 and 1979 they set a three-year record of 42-13.  The Boston Herald American recognized her as the Coach of the Year in 1978.

Averill has appeared on many TV panels and talk shows in support of women’s sports.  In 1995, she was a guest panelist on New England Public Television.  In 1979 she appeared on WLV-TV on New England Today segment on women’s sports and WBZ radio broadcast on Women’s Beat, WBZ-TV Evening Magazine feature on BU women’s basketball.  She also was a panelist at the 1979 MAHPERD convention panel on recruitment of student athletes.  In 1978, she participated in a WNAC-TV Seven on the Road segment on BU women’s basketball and on a WBUR radio broadcast, Women in Sport.