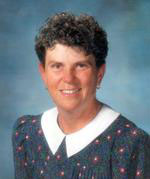 She has coached and officiated at both the high school and college levels.  She is a National umpire for USFHA and an umpiring clinician, a national umpire in lacrosse, and a former national official in basketball.  She is the past president and past vice president of the Massachusetts College Field Hockey Umpires Association, the current president of the New England Women’s Lacrosse Umpires Association, and a member of the Boston Field Hockey and Lacrosse Umpires Association.  She has umpired field hockey at the international level in Holland, Canada, and Italy, and served as an umpire or technical delegate at 4 national sports festivals in field hockey.

She was inducted into the Dartmouth High School Athletic Hall of Fame in 1992.