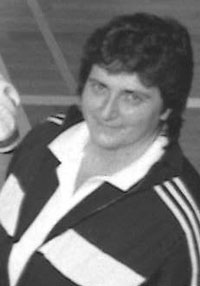 Her coaching career, over a 23 year period, has involved students from kindergarten through to the university level.  She has coached basketball for 17 seasons, cross country for one season, softball for 4 seasons, track & field for 23 seasons, and volleyball for 12 seasons.