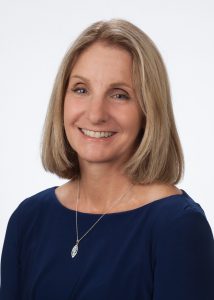 Barbara graduated from the University of Connecticut in 1980 with a dual major in biology and elementary education and has dedicated 44 years of service as a teacher, coach, official and advocate for girls’ equality. Her advocacy began as a student at Cheshire High School when she tried out for the boys track team in the 1970s. By petitioning the board of education she was the catalyst for the first girls track team at her high school.

Before Unified Sports (Special Olympics) was a movement, she maintained a “no cut” policy for her teams and she included anyone willing to work hard. Her special needs athletes trained and competed alongside athletes who have been nationally ranked. In the 1990’s Barbara worked with Ann MalaFronte, CIAC Unified Sports Director, to develop and establish a Unified Track and Field Program, wrote the guidelines that would be used for  Connecticut high school students participation, and developed an elementary sports program.

As head coach of girls’ high school track and field she coached all of the events at various times in her career. As a member of the Connecticut High School Coaches Association and Connecticut Interscholastic Athletic Association she worked to get the triple jump and pole vault included as events for girls.  She has worked tirelessly to have the girls and boys have the same events in the state championships and including such specialized championships as the steeplechase and hammer. She also worked to improve CT state tournaments by promoting the use of certified officials at all state tournaments.

As both a coach and a Unified Partner, Barbara has striven to develop her athletes’ skills, enrich their lives, and push them beyond their perceived limits. Her efforts  have been rewarded with many team tournament championships and individual athletes who have become state champions. Many Special Olympic athletes have gone on to become global messengers and individuals who are important role models in their communities.

Throughout the years her teams have helped with many Special Olympic and community events. Volunteering and giving back are part of what her teams have been encouraged to do.

Barbara has been and continues to stay current by maintaining numerous professional affiliations. Most impressively, she is not retired and continues her lifetime passion as the head coach of girls’ outdoor track and field at Cheshire High School where it all began so many years ago.

“In over 36 years as a head coach of high school athletics, I have dedicated my coaching career to helping my athletes and teams fulfill their potential, strive to be better athletes and people and to give back to the team and community.”