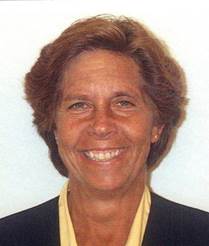 Barbara holds a national rating in volleyball from the National Association for Girls and Women in sport and is an active member of the Connecticut High School Volleyball Association.  She does not have win/loss records for her teams, but her volleyball teams had only one season when they finished under .500.  Her basketball teams had only three seasons when they finished under .500. She is a member of the Committee for Advancing Women in Sport.