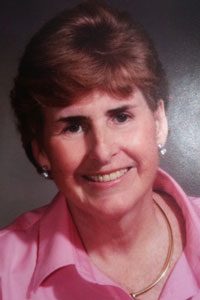 Barbara Baxter Ward has been actively promoting sports programs for girls and women since 1965.  A graduate of the University of Louisiana, Barbara continued her education at UMass – Amherst, earning her master’s in 1980.  She has coached and developed Boston sports her entire career.

Starting her coaching career with CYO softball, Barbara has served as Girls Recreation Leader for the Brookline Recreation Dept., swim coach at Dorchester High, founder and coach of the women’s volleyball league in Brookline, and as a DGWS softball state official.

Softball and baseball have always been on her list of activities.  Barbara coached Boston English High softball (as well as volleyball, badminton, and bowling) and Brookline youth baseball.  As an advocate, she worked with the MA Special Olympics coaching soccer, floor hockey and track& field.  She was the founder/co-director of the Boston Elementary Track Olympics (1996-2008) – a program involving 500-600 girls and boys in grades 4 and 5 held at White Stadium in Jamaica Plain.

Barbara has received many awards.  She is in both the Brookline HS and Boston English HS Halls of Fame.  She has been honored as the Boston Public Schools Softball Coach of the Year (1978), USA Baseball/Topps Amateur Baseball Woman of the Year – MA state winner (1993), Neighborhood Superstar Award from the Governor’s Committee on Physical Fitness and Sport (2004), The Boston Public Schools Superintendent’s Service Excellence Award (2002), MAHPERD Appreciation Award (2006), and Boston Elementary Track Olympics Appreciation Award (2006).

Barbara summarizes her career work with the following: “My work with girls and women through sport has been a labor of love.”