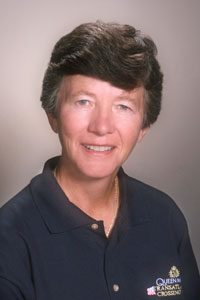 From 1971 to her retirement in 2006, Barbara coached basketball, softball, volleyball, and lacrosse at Quincy and North Quincy High School.  She also officiated basketball and lacrosse for area high schools.  A graduate of Boston Bouve College of Northeastern University, Barbara began her involvement with the Quincy school system right after college under the tutelage of Mary Pratt.

Barbara taught high school physical education until Proposition 2 ½ eliminated her position.  She then moved to the Atlantic Middle School in Quincy.  Barbara has influenced many young students to be active and physically fit during her career as a teacher and coach.

Barbara received the Virginia Murphy White Award (named for her high school physical education teacher) for contributions to girls and women in sport.  This award is to honor graduates of the Boston Public Schools  (Barbara graduated from Girls High School in Roxbury) who have given back to female athletes in the city schools.

“When I started coaching in Quincy it was my responsibility to coach both varsity and JV.  Fee – $425.  Those were the days !!!!!”  Barbara added that her success in teaching and coaching was based on her great role models.  “Having both Virginia Murphy White and Mary Pratt as my mentors was really outstanding.”