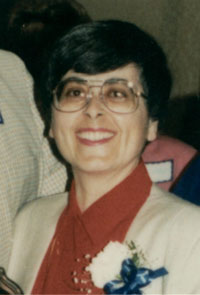 Bernice has been a teacher of English at Shelton High School for twenty-nine years and serves as an Advanced Placement Coordinator at the school.

She was responsible for the development of the women’s sport program which started in 1962.  She coached varsity and junior varsity basketball for seventeen years (1962-1979), compiling a record of 214-53.  During that stretch, her teams won seven consecutive Housatonic League Championship titles and posted undefeated seasons in 1970, 1971, 1972, and 1973.  AT times, her teams had winning streaks of 27 and 30 games.  Many of her players have been selected for all-state teams.

The Connecticut Interscholastic Athletic Conference, in 1986, named an MVP award in her honor.  She has been inducted into the Connecticut Women’s Basketball Hall of Fame and the New Haven Tap-Off Club Hall of Fame.  In 1984 the University of Chicago recognized her as an outstanding teacher.