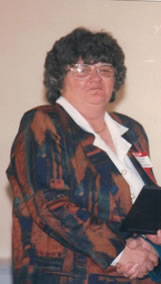 Her league/board affiliations include the Old Colony League, the Catholic Youth Organization, Massachusetts State College League, the Catholic School League, the Stoughton Youth Athletic Club, and Junior Olympic Softball.  Carol has served as president and vice-president of the Suburban Softball League, participated in and organized softball clinics in the Bridgewater area, founded and completely organized “Dunphy’s Drifters” Junior Olympic Softball program.  Her win/loss record in softball over 30 years is 1325-150, and in basketball, 220-60.

Carol has been recognized in several ways for her expertise and success in coaching.  She was nominated Coach of the Year in the Old Colony League for her 1995 varsity softball season, received the Recognition Award for her work in the Ruth Kirby Softball League and for promoting women’s softball.  A softball team in Bridgewater will be named in her honor.