Carol Stiff, a native of Bernardsville, NJ, graduated from Southern Connecticut State University with a bachelor’s degree in 1983 and a master’s degree in 1989.  She began her career coaching and teaching at the college level in New England from 1983-1989.  In 1990 she joined ESPN where she established programs for many sports including softball, soccer, beach volleyball, and collegiate volleyball, working with the NCAA, WBB, and WNBA.

Over the past two years at ESPN as Vice President of Programming & Acquisitions, Carol has worked as an advisor for a new business venture entitled ESPNW.  ESPN’s latest platform will “focus on supporting, motivating, inspiring, and celebrating the female athlete and fan.”  The launch date for this new programming venture is fall, 2010.

Carol serves on the board of directors for the Women’s Basketball Hall of Fame, the Honda Broderick Awards, and the Southern CT State University Governors’ Board.  She is also a member of the Women’s Sports Foundation and USA Basketball – WBB Standing Committee.

In 2006 Carol was inducted into the CT Women’s Basketball Hall of Fame.  She was recognized as the Top Advocate for Women’s Basketball in 2008 by the Tampa Tribune.  In 2009 she was further recognized by the Sports Business Journal as one of the most influential executives leading the way in women’s sports.  She was instrumental in the development of the Jimmy V Week and in raising awareness for the Kay Yow/WBCA Cancer Fund in partnership with The V Foundation. 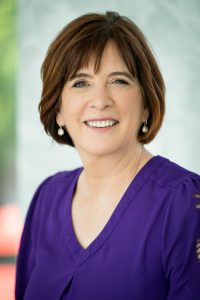 President Stiff Sports Media Consulting, LLC Carol Stiff spent 31 years at ESPN retiring in July 2021. She is now the President of Stiff Sports Media Consulting, LLC. She is a nationally recognized television sports executive credited with advancing the growth of women’s sports at the collegiate and professional level through innovative linear/digital/streaming programming, collaborative partnerships, and relentless advocacy. In 2021 she was honored as a Women’s Basketball Hall of Fame inductee, Naismith Lifetime Achievement Award recipient, and an Edward R. Murrow award winner. Carol is a frequent speaker and industry panelist with relationships that run deep throughout the sports universe. Prior to her retirement from ESPN, she had become one of the most influential people in women’s college sports, particularly in basketball where ESPN has held the exclusive NCAA tournament rights since 1996. Over her tenure at ESPN Stiff was responsible for the acquisition and programming of a variety of sports including NCAA women’s basketball, various NCAA Men’s & Women’s championships (NCAA Women’s Basketball Championship, FCS Football Championship, College World Series, Women’s College World Series, lacrosse, volleyball, soccer), WNBA, and professional softball across multiple platforms including ABC, ESPN, ESPN2, ESPNU, ESPNews, ESPN+. From 2013-2016 she served as Vice President of content integration for the espnW business. In that role she led the company’s efforts with integrating espnW content across ESPN platforms. As member of ESPN’s employee committee in support of The V Foundation for Cancer Research, Stiff has been a leader on behalf of the company’s efforts to benefit The Foundation. She was responsible for the launch of the Jimmy V Week and in raising awareness for The V Foundation for cancer research. She presently serves on the Women’s Sports Foundation Board of Governors, President of the Women’s Basketball Hall of Fame Board of Trustees, Kay Yow Cancer Fund Board of Directors, Collegiate Women’s Sports Awards Board of Directors and the Pat Summitt’s Foundation Fund Advisory Board. Before joining ESPN, Stiff worked in college athletics, coaching at Brown University, Rensselaer Polytechnic Institute and Western Connecticut State University. Adding to her list of credentials, Stiff was inducted into the Connecticut Basketball Hall of Fame in 2005, was named the “Top Advocate for Women’s Basketball” by the Tampa Tribune in 2008, and in 2009 Sports Business Journal recognized her as one of the most influential executives leading the way in women’s sports. She was awarded the 2011 WBCA Mel Greenberg Media Award for her commitment to women’s basketball and advancing the role of the media in the game. In 2013, Stiff received the Arthur Ashe Institute for Urban Health Leadership Award and Stiff was recognized by the Alliance of Women Coaches as a “Bigger Picture of Being a Champion” as well as a WISE Woman of the Year. Stiff was honored as one of Business Insider’s 50 Most Influential People Behind the Scenes in Sports in 2014. Sports Business Journal named Stiff one of 35 “Game Changers of 2016” for her role at ESPN, in addition to serving as a mentor to young executives. Stiff is a native of Bernardsville, N.J., she graduated from Southern Connecticut State University where she competed in both basketball and field hockey and earned a BS degree in 1983 and a MS degree in 1989.