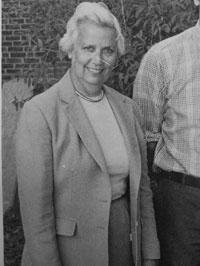 Caryl, a Professor of Exercise and Sport Studies at Smith College, has for a number of years been active both as a coach and as a participant in field hockey and lacrosse.

She has coached in the Hampshire Field Hockey Association , at Smith, at Merestead Hockey and Lacrosse Camps, at Sargent Camp, and at the USFHA Developmental Camps.

Caryl is a member of the Boston University Athletic Hall of Fame, and has received the National Honorary Umpire’s Award.  She has participated on the United States Field Hockey Touring Teams.