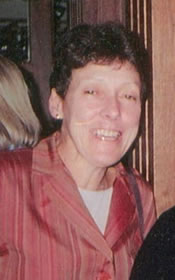 Cathy has served as a basketball official at the varsity level and for the Bay State Games.  She has also been a Cable TV Commentator for Norwood High School Field Hockey and an assigner for the MIAA South Sectional Basketball Tournament officials.

Cathy has held a field hockey rating for a total of 10 years and a softball rating for 26 years.  She was the MIAA Field Hockey Tournament Director from 1988-1990.