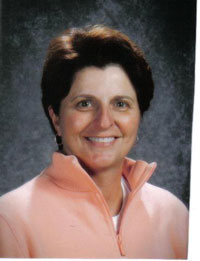 Cecelia received her bachelor’s degree from Bridgewater State College and her master’s degree from Washington State University.  Since graduation, her professional experience has been varied, but always within the realm of girls and women in sports and life.

Currently a part-time physical educator in Somersworth, NH, she is also a college lacrosse official and an auxiliary police officer for Portsmouth, NH.  Cecelia has also worked for 6 years as a TV and radio color analyst for college basketball on the MAAC TV Network.

Cecelia worked in physical education and coaching at Bishop Fenwick H. S. in Peabody, MA, at Washington State University, and at the University of New Hampshire where she was an associate director of athletics.

In 1987, Cecelia was the basketball coach for the US Government Goodwill Tour of Africa.  She represented the US on this basketball teaching tour which included training the Somalia Women’s National Team, instructing students, and conducting men’s and women’s coaching clinics in Kenya, Somalia, and Zimbabwe.  Upon returning from this mission, she was Athletic director at Bridgewater State College and then moved to Yale University where she led the women’s basketball team for nine years.

A member of the Bridgewater State College and University of New Hampshire Halls of Fame, Cecelia is currently involved with domestic abuse training and as a Safe Place volunteer as well as the Somersworth, NH Director of the “Hoop It Up” basketball program.