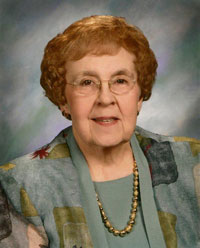 Celeste’s involvement with women’s sports began in high school “where NO sports programs were available either there or in the community.” She “rattled the cage” and got permission to start a girls’ basketball program at the local Boys’ Club, where she played on three different teams.

As a high school physical education teacher, Celeste organized “Play Days” because there were still no regular girls’ teams. Her teams traveled to UConn, U. of Bridgeport, Central Western and Eastern CT to play competitively (“as the boys had been doing forever”). Celeste ran community basketball clinics, trained officials, became a certified athletic trainer, and was a “vocal, active community sports advocate” who “kept praying for Title IX”. In 1962, Bernice Nocolari and Celeste Beattie started a girls’ basketball traveling team after being begged by “competition-starved girls” to create more playing opportunities. The team had no budget, no buses, no uniforms, no schedule, half a gym, and borrowed basketballs – BUT, they had girls ready to compete, a vision of what they wanted to accomplish, and a realization that girls “were not porcelain dolls.”

For 17 glorious years, her teams compiled a 214-53 win-loss record with numerous titles. Celeste is most proud that her “dreams came true” and that “rattling cage bars pays off”. Celeste is only one of the many pre-Title IX women who fought for and succeeded in advocating for girls’ sports.

Although no recognition existed in her early years, Celeste has been honored by having the Most Improved Shelton HS Girls’ Basketball Player award, the Shelton Junior Women’s Club Scholarship Award, and the SHS Senior Cheerleading Award named in her honor. She was an Honorary Inductee into the Connecticut Women’s Basketball Hall of Fame in 1992.