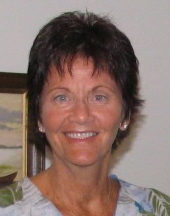 Cheryl has been a very active advocate for girls’ sports at Harwich High School since the 1970’s.  She has 7 consecutive 50 game winning streaks.  She has coached softball for 14 years and her record of 226-20 includes 11 championships.    Her teams have qualified for state tournament every year during her coaching career and have always make the quarterfinals.

In 1975 Cheryl was named one of the Outstanding Young Women in America for her coaching, her youth work and her college achievements.