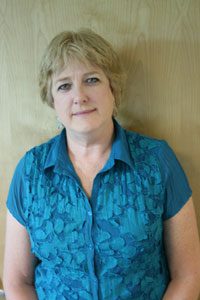 Chris Stearns is a 1975 graduate of Bouve College at Northeastern University.  In 1978 she became Northeastern’s varsity volleyball coach – their first full-time varsity coach for a women’s sport.  She had the honor of giving out some of the first scholarships to female student-athletes in the Northeast.

Chris’ involvement in volleyball is widespread, from developing rules for 12 and under girls in 1999 (still used today) to being the first Junior Olympics Girls Commissioner.  She started everything from scratch with 72 girls and promoted the program which has grown to over 2000 girls aged 10-18 across New England.

In 1997 Chris coordinated the Boston area for the Nike Volley Van that in 4 days taught volleyball to over 1000 Boston youth at workshops throughout the city.  In 2006-2009 she coordinated the “Get Up & Go” Programs for Boston Public school girls and boys sponsored by BlueCross/Blue Shield designed to get kids moving.  Volleyball was one of 4 sports represented at the Boston Garden and Gillette Stadium in this program.

Considering herself a “worker-bee”, Chris recruited and coordinated volunteers for the 1995 National Championships.  She has also been an area announcer for over 10 years for Olympic Volleyball International Exhibition matches for men and women (including the great 1980 USA Team with Flo Hyman).

Chris is currently an executive assistant at Syndax Pharmaceuticals.