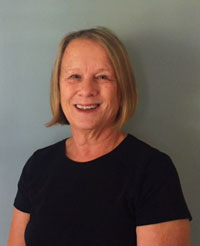 Christine is a physical education teacher at the Robbins Middle School in Farmington, Connecticut.

She has also been an official of women’s volleyball (1970-1975) and basketball (1972-1976).  During the 1970’s Christine was the coach of badminton, basketball, track and volleyball.  During her coaching and officiating career, she was affiliated with the Central Board of Connecticut.

Christine was named the Volleyball Coach of the Year in 1978.