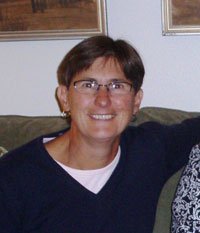 Christine graduated from the University of Massachusetts, Amherst, and began her coaching career at Woburn H. S.  Since 1981 she has been at Wellesley High School as a teacher and coach.  She currently coaches varsity field hockey and varsity lacrosse, and has also coached basketball.

A recipient of the Massachusetts National Pathfinder Award in 2008, Christine was recognized for her outstanding contributions and received the National Pathfinder Award in 2009.  She has been named the Bay State Conference field hockey and lacrosse Coach of the Year multiple times and in 2001 was the Globe Lacrosse Coach of the Year.

Coaching at the high school and middle school levels and coaching for the Bay State Games in both field hockey and lacrosse, Christine has had a great influence on her players.  She “has been very fortunate to work with some wonderful young women” and has had many successes “as a result of their efforts