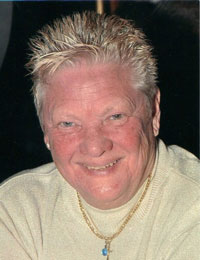 Cynthia has been involved in girls’ sports since 1970.  For 31 years she coached girls’ basketball, track, and volleyball at the Moran Middle School, Cheshire and Hamden High Schools, and Albertus Magnus College.  In 2003 she became a volleyball official and continues to officiate both boys and girls games.
While coaching volleyball at Cheshire High School, her teams won 3 state titles and 7 league titles.  Her teams had a 57-game winning streak during her coaching tenure.