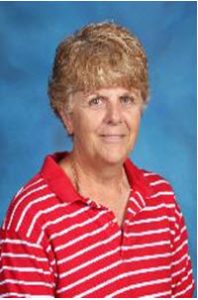 Cynthia Adamski has been involved in girls and women’s athletics for over 30 years as a coach, official, and athletic director.  She has coached at the high school level for thirty years, officiated basketball from 1968 to the present, and served on committees for the Connecticut Interscholastic Athletic Association, the Connecticut Coaches Association, the WCC League, and the SWC League.  She has also coached in the National Field Hockey Futures program since its inception and been a coach and player in summer league softball from 1969 through 1984.

Cynthia has been inducted into the Connecticut women’s Basketball Hall of Fame (1990), the Connecticut High School Coaches Association Hall of Fame (2000), was named coach of the year in field hockey (1996) and coach of the year for softball (2000).  She received the Women’s basketball Merit Award in 2002, the CBCBO Service Award in 1989, and the Brookfield Journal Coach of the Year in 2000.  In 1980 the Tap-Off Club named her the Outstanding Official for 1980 and the Danbury News Times named her the Softball Coach of the Year in 2000.