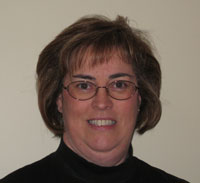 Cynthia Souza has spent countless hours building “programs for girls which are so important for them providing an outlet to develop life skills, especially teamwork.”  She has done this through promoting sports in general and specifically volleyball.

Currently affiliated with New England Region Volleyball (USA Volleyball) Cynthia has promoted volleyball at Roger Williams College in her days as a student when she started the Women’s Volleyball Team.  She has been the event director for the MA Special Olympics Volleyball in the Summer Games for five years and the events director of the Bay State Games volleyball at their summer games for two years.

For 20 years Cynthia was the New England Regional Volleyball Commissioner for both girls and boys.  She served as USA Volleyball’s Elite Commissioner at the national level for five years. This is the high performance pipeline for volleyball players.  For 23 years she was Director of the MetroWest Junior Olympic Volleyball Club.  She started the current volleyball program at King Philip High School in Norfolk, MA, and runs volleyball clinics for young girls (grades 4-6) at the Norfolk Recreation Department.

Trained through the USA Volleyball High Performance Camp at the Olympic Training Center in Colorado Springs, CO, Cynthia is a CAP Level III (Utah) USAV.  She has received Coach of the Year awards (four times) from the NJCAA Region XXI and from the Colonial State Athletic Conference.  She received an award from Roger Williams College in “Appreciation of Support of Women’s Athletics” in 2000.