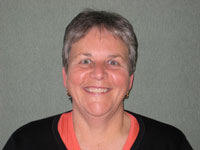 Even before graduation from the University of Maine, Orono, Deb Smith was coaching basketball.  From 1973 through 1998 she coached young athletes at Orono Recreation, Sanford HS, Mahoney Middle School, and Memorial Middle School, in Maine.  She also coached field hockey and track & field during that time.

In 1995 Deb Smith created the Not Too Late Basketball Camp for women 50 years and older.  Since then, more than 140 women from over 24 states have attended the camp.  An average of 60 women attend this premier overnight camp each summer.

Deb Smith is much more than simply a camp owner.  She is an advocate for Senior Women and basketball in the state of Maine.  In Southern Maine she coordinates a group of 28 women who meet weekly to play basketball.  They compete in the ME, CT, MA, and NH Senior games and the National Senior Games.

“These women were pre Title IX and we’re making up for lost time.”

These women also organize and conduct basketball clinics for elementary and middle school girls in Greater Portland.  It provides a great opportunity for the younger players to meet older players through the sport of basketball.

Promoting basketball for women is a passion for Deb Smith.  She has been honored for this passion with many awards: 2001 Maine Governor’s Council on Physical Fitness & Sport for Outstanding Achievement for People of Maine, 2004 NAGWS Exemplary Professional Award, and 2005 Certificate of Achievement from Maine’s Contest for Communities – Adult Category.

Not Too Late Basketball Camp was featured in the magazine “Geezer Jock” for senior athletes published after the 2005 National Senior Games.  The camp was also recognized by Reader’s Digest as one of America’s 100 Best New Discoveries in 2007 as “Best Senior Slam Dunk”.