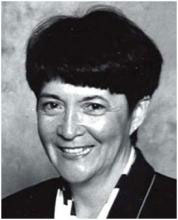 As Coordinator of Women’s Athletics at The University of New Haven, she was responsible for starting the women’s intercollegiate athletic program, coaching volleyball, tennis, basketball, and softball for three years.

Chin, who became Director of Athletics at New Haven in 1993, coached the perennially strong volleyball teams from 1975-1993. During that time, she posted a 576-178 record in 19 seasons and was only the fifth Division II coach to win 500 matches. In 2006, she was inducted into the American Volleyball Coaches’ Association Hall of Fame and is a 2007 Gold Key recipient.

As a result of her expertise, Debbie has served, and is still serving on numerous sports committees and has received many awards for her service to sports. These include two presidential awards; the 1993 Woman of the Ye (Connecticut Post) and the National Association for Girls and Women in Sports in 1986 and again in 1997. In 1980 Chin was listed as one of the Outstanding Young Women of America and also received the YMCA Women in Leadership Award in 1985. She was member of the NCAA Division 11 Women’s Basketball Regional Advisory Committee.

Debbie was inducted as a referee into the Connecticut Basketball Hall of Fame in 1999.