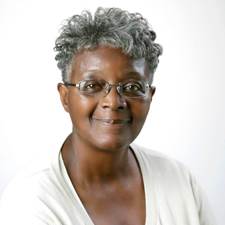 In 1977, Debbie started and became the head coach of the girls’ outdoor track & field program at Woodrow Wilson High School in Middletown, CT.  The high school merged with Middletown High School in 1984 and Deborah continued as the head coach – a position she still holds (41 years).  She is also the Woodrow Wilson Middle School Athletic Facility Manager.

Since 2006, Debbie has been recognized and honored by many organizations: NAGWS Path finder Award (2006), Gayeski-Carlson Award (given to a female in coaching and sports – 2006), CHSCA Girls Outdoor Track & Field Coach of the Year (2008), International League of Muslim Woman Inc. (NE Chapter) Women & Girls Outstanding Service to Family & Humanity Award (2008), Woodrow Wilson Track & Field team (CT State Champions, 1981), inducted into the CT Coaches’ Association Hall of Fame (2014), inducted into the Middletown Sports Hall of Fame (2015) and the National High School Athletic Coaches Association Girls’ Track & Field Coach of the Year (2016).  The “soon-to-be” renovated track at the Woodrow Wilson Middle School will be named in her honor when completed.

“Title IX had fueled my desire to get involved in sports.  Missing the opportunity to participate in extramural activities in high school (pre-title IX), I was on the first women’s track & field team at Penn State (1976 graduate).  Now I try to get the girls who are not involved in other sports to join the track team – with 18 different events, there are more chances of someone finding an event they can enjoy.  It still is exciting to me to celebrate with “my girls” when they reach their goal or feel good about something they have worked for and accomplished.”