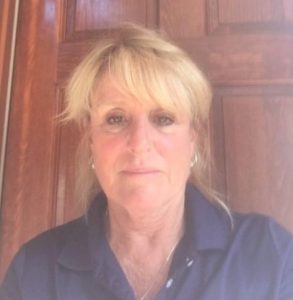 Denise graduated from Northeastern University in 1978 and immediately launched herself into a lifelong career of advocacy for girls and women in sports. A Framingham native, she started her career as an athletic trainer and physical education teacher and began her positive impact in the world of collegiate athletics. Denise was named head women’s soccer coach at Brandeis University in 1980 and in 2020, retired as one of the very few collegiate women’s soccer coaches who has dedicated 40 or more years to the game. She has been the only women’s soccer coach at Brandeis University and has left a very impressive legacy.

Denise received the Women’s Committee Award of Excellence in 2014 from the United Soccer Coaches organization. In 2016, she was named Division III National Coach of the Year and in 2017 a United Soccer Coaches’ scholarship was named in her honor. The New England Intercollegiate Women’s Soccer Association has honored her with a service award. Denise has received many accolades for her achievements in coaching.

Two quotes from the Brandeis Athletic web pages, say it best: Director of Athletics Lauren Haynie recognized Dallamora’s contributions to her sport.
“Denise Dallamora is one of the most respected coaches in Division III soccer for good reason. What she has meant to the game of women’s soccer and to Brandeis is immeasurable.”
Associate director of athletics, Lynne Dempsey ’93 who played for Dallamora from 1989 to 1992, also praised her former coach.
“Hired as a female coach in the early 1980s, Denise fought for equality for women’s athletics. She has been an advocate for women coaches and women administrators, and I’m thankful that she helped blaze the trail for all of us in the profession today.”

Characteristics of Denise’s style of coaching focused on shaping character, creating a culture of excellence and embracing the expectation that leadership and responsibility are expected.