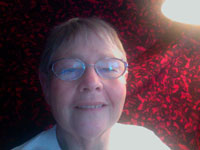 A GRADUATE of Skidmore College in Saratoga Springs, NY, Deryl Fleming had been actively involved in girls and women’s sports since 1965 when she began umpiring field hockey.  Since that time she had continued to coach and umpire field hockey, basketball, and softball.  After 29 years as a physical education teacher and coach, Deryl retired.

When first hired in 1969 as a physical education teacher at Biddeford (ME) Jr. High School there were no sports for girls. Deryl created  programs for the girls in basketball, gymnastics, and track & field.  Basketball became the first funded program the following year.  In 1975, after attending the United States Field Hockey Association coaching clinic, she coached the University of Maine, Orono’s team and after some advocacy action from the Governor’s office, took the team to the first AIAW National Championship Tournament.  In 1977 she was privileged to be the umpire for a local team’s tour to England and the Netherlands.

Coach Fleming believed that “One of the most important things for me is to provide opportunities for present and former players to participate as umpires and coaches at our clinics and for teams and games for younger players.  We need to continue to teach players to ‘give back’ to our sports and encourage knowledgeable women to become the coaches and umpires of the future!”

Sadly, Deryl passed away in August, and will be missed by all.​