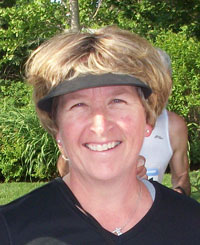 Diana Walker has been coaching girls and women in sports since graduating from Plymouth State College in 1979. She continues to coach because “I like to help girls become strong, assertive young women that are proud of what they can accomplish.”

Diana started her coaching career at Woodsville (NH) High School. After four years she moved to Sanford High School (ME) and has been coaching field hockey there for twenty-eight years. Her involvement in Maine’s field hockey is extensive. She has directed Western Maine FH Camp for ten years, been a USA Futures coach, spent seven years on the High School All-American Committee (three as chairperson), and coached for the Seacoast United Club team.

Diana has proven that as the recipient of the Outstanding Physical Education Award at her college graduation, she would go on to much success. Featured in Sports Illustrated “Faces in the Crowd” for 50 consecutive wins and named league and Northeast Regional Coach of the Year, Diana was honored with the “Exemplary Professional Award” at the National Girls and Women in Sports Day in Maine.