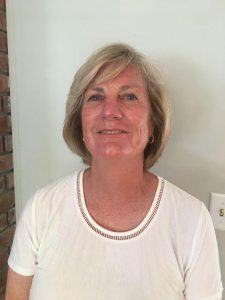 Diane “Dee”  Stephan holds a bachelor’s degree from Southern Connecticut State University majoring in health and physical education and a master’s degree in education from Syracuse University. Dee has taught physical education and health to students from the elementary level through high school.  She currently serves as founder and owner of the Avon-based Dodgers, Inc., an elite travel lacrosse program for girls that trains and teaches grade school student-athletes. This program has grown to encompass 11 states since its creation ten years ago.

As early as 1981 Dee began coaching field hockey, basketball and gymnastics.  She also served as a youth and middle school field hockey and lacrosse official.  She has successfully built or rebuilt many high school lacrosse programs including Avon, Canton, Lewis Mills and The Ethel Walker School.  While coaching at Avon her team qualified for the state tournament each year after her first season.  While at The Ethel Walker School her teams won league titles every season and went on to reach the finals of the Western New England Prep School Class ‘C’ championship three times, winning twice.

Dee held the athletic director’s position at both Canton and The Ethel Walker School. Administratively she has served on a myriad of committees, including the Connecticut Athletic Interscholastic Conference that defined the competitive structure for girls’ high school lacrosse in the state.

Dee was inducted in the second class of the Connecticut Lacrosse Foundation Hall of Fame in 2010 for her numerous contributions to lacrosse in Connecticut.