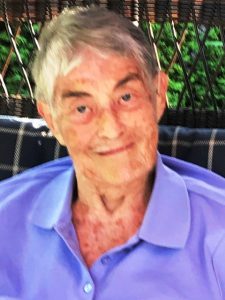 Diane graduated from Bridgewater State University in 1951 with a degree in health and physical education.  She worked in Falmouth as a Supervisor of Physical Education. While in Falmouth she coached girls varsity basketball and varsity cheerleaders and established an adult evening fitness program.  Diane earned her master of science from Springfield College in 1959. As an assistant professor in P.E. Health and Recreation from 1954-1962, Diane coached and founded the women’s marching drill team and served one year as secretary for the eastern division of American Alliance for Health Physical Education and Recreation (AAHPER). She continued to coach varsity cheerleaders.  Diane organized and directed Eastern New England Cheerleaders’ Camps under the direction of the National Cheerleaders Association, Dallas TX and Springfield College.

In 1964 Diane co-authored Gymnastics for Girls with Werner Hass, Ronald Press, NY. She credits former student Mimi Murray who “pressed me because there were barely any teaching tools for girls and women at that time”.

She and her husband moved back to Cape Cod in the mid 1960s.  This move set the platform for a myriad of diverse experiences that spanned 24 years.  “The biggest goal in all my different career moves has been to promote the strength and talent of young women and sometimes men to make the field of athletics and physical education better and more broad reaching and to strengthen the commitment of those young people to be strong in their beliefs and impart their knowledge to others.”  As Director of the Barnstable Head Start Program, Diane established programs for parents in Driver Education and ran tutorial “Learn to Read” programs leading to a GED. 1969-1973 Diane was Executive Director of Cape Cod Campfire Girls. During her tenure she worked to ensure that all sections of Cape Cod had leaders. She helped to finalize and open camp Nan-Ke-Rafe for Campfire Campers.  Furthermore, she established a scholarship program to ensure that any and all interested Campfire Campers could participate.

1973-1990 Diane shifted her teaching to the pool.  As the Director of the Sandwich Community Pool, she developed instructional programs for all ages:  babies, teens and adults. She provided an instructional course “How to Be Safe in Water” for parents and babies.  She established an age group competitive swim program and clubs, including Special Olympians. Diane founded and coached the Sandwich High School Co-ed Varsity swim and dive team.   Diane taught all WSI and Advanced Lifesaving courses as well as age level and adult aquatics. She was the water safety instructor for the  Barnstable County Police Academy for 11 years. Here Diane trained first responders to water accidents.  Diane’s Bridgewater University education set the foundation for her array of professional positions: “ my education was so well founded and all encompassing that I could move my career over many years in different directions.”