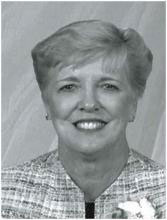 Devlin considers Coach O’Neal as the mentor who most influenced her playing and coaching careers.  Devlin’s interest in coaching was nurtured during her year as O’Neal’s graduate assistant coach.

In 1969, Devlin was named the head women’s basketball coach at Worcester State College and remained there through 1981. Her teams won several Massachusetts State Championships during her tenure. The 1980 team won the Division III AIAW Championship and finished third in 1981.

Donna was inducted as a player into the Connecticut Basketball Hall of Fame in 2006.