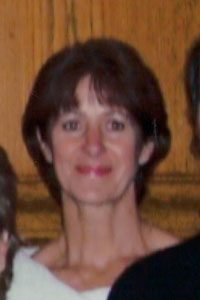 Dorothy Franco-Reed received her B.S. degree from the University of Alabama in 1980, where she played both volleyball and basketball on scholarship.  Advanced degrees were received from the University of Minnesota and Southern Connecticut State, where she was head coach in volleyball and team handball.  Prior to becoming Director of Athletics at Newington (Connecticut) High School, Dorothy spent 21 years coaching girls and women in Volleyball, Basketball, and Team Handball.

Dorothy’s outstanding athletic career includes playing Team Handball at the 1984 Olympic Games in Los Angeles.  She coached the University of Minnesota’s Women’s Team Handball to a National Collegiate Championship in 1987.  In 1991 she was the first female selected to be head coach of a men’s team in the U.S. Olympic Sports Festival. Dorothy has also been a Torch Relay Carrier for the 1996 Olympics, and a color commentator for ESPN covering NCAA Volleyball.

“I have been truly blessed in my career as a collegiate athlete, an Olympic athlete, a high school coach and a college coach, and I am forever indebted to those who made it all possible.  I feel strongly that the best way for me to say thank you to all of these individuals who came before me and fought for our equality, is to continue their efforts by ‘giving back’ to the cause and making sure that we continue to move forward.  Not only is it my obligation to push for girls and women in sports, it is my mission to see to it that I do everything in my power to ensure that girls and women will continue to be given the opportunities to succeed in the athletic arena as well as in the work force.”