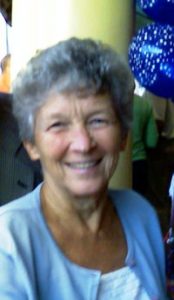 Dorothy, who has retired from teaching, is currently an adjunct professor at Plymouth State College in New Hampshire.  During her long tenure there, she was known on campus as the “Title IX Person.”

For nineteen years, she was head coach of field hockey at Plymouth State College.  While a faculty member, she worked on campus to establish Title IX.  During that time she worked for the establishment of a women’s swimming and diving team, and for the establishment of a female athletic director.  She served on the Equity Committee which revised the policies of the athletic department, was appointed to the President’s three-member Supervising Council to supervise/oversee the athletic director on all equity issues and policies.  She instituted a course entitled “women in Sport” and has taught courses in field hockey coaching, officiating and skills.

During her long tenure at Plymouth State College, Dorothy was known as the “Title IX Person’, “The Women’s Rights Advocate” and “The Radical Feminist” – all roles which she “has been happy to play.”

“It was in coaching and teaching that I could reach our young women. From what I hear from my alumnae, now teachers, coaches, parents, I think maybe we have.”