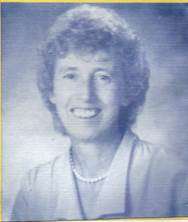 Dottie coached from 1965 to 1988.  This included years in which she coached at the high school and college level.  She moved from Westfield State College to Springfield College in 1970.  Her coaching record through 1988 was 194-95-37 and included three undefeated seasons.

She is a rated official in basketball and field hockey and has officiated many high school and college tournaments.

Dottie has been involved with many workshops and clinics and has toured abroad with Springfield College field hockey teams.

She has served on many committees and has been an official NCAA representative for college tournament play.  Among her many awards are her induction into the Foxboro Hall of Fame and a trophy has been named in her honor.